Charles is a professional illusionist and loves
entertaining the children.
What a wonderful way to reach children, and mothers and dads for Jesus!
He is also a fantastic hit with the teenagers!

Get the Kids Coming and the Adults Will Follow
Keep it wild and interesting with a relevant, brief, fiery message!

From the Gridiron to the Pulpit

Charles is a one-time football star in the state of Texas. He doesn’t play football anymore, but he still loves the game. Now, instead carrying a football to the stadium, he carries a Bible. Instead of thrilling the crowd with a long touchdown run, he blesses them with a word of hope, forgiveness and love.

As a high school player in Ranger, Texas, Charles rewrote the record books. In his senior year he led Ranger to the state championship, rushing for over 2,310 yards that year alone. He carried the ball 240 times for a 9.6 yard average. Charles scored 186 points that season. He played all four years on the varsity team.

Over 30 universities recruited the All-State tailback. He chose Hardin Simmons University in Abilene, Texas. “That was because they guaranteed me I would have an unconditional four year scholarship, and they would see to it I had a place to preach every Sunday, and they kept their word,” Massegee said.

At Hardin Simmons University Charles’ coach was the legendary Sammy Baugh. Charles was the one of the starting half-backs for all four years. Charles set several records, including the most touchdowns in one game and the longest run from the line of scrimmage. His career average was a 5.4 yard gain per carry. In those days Hardin Simmons was a member of the Border Conference, which included Texas Tech, Arizona State, Arizona University, New Mexico and Texas Western. 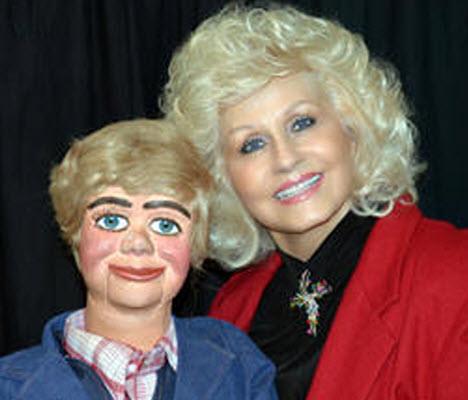 Dummy to Appear in Crusade

You may have seen them on television or heard them on CD. Now you can have them in person in a Meet Jesus Crusade.

Erick, the youngest and most hard-headed member of the team, teaches and amuses both young and old alike. Erick never fails to intrigue kids of all ages with his unconventional views of well-known Bible stories and his perceptive insights into the lives of the church members.

Erick is the wonder dummy manipulated by Beverly Massegee, national award winning professional ventriloquist from Dallas, Texas. Charles and Beverly try to involve every age group in their crusades. Everyone loves a good time. If people will not laugh with you they will not worship with you. God can even use a dummy to bring a person to Jesus.