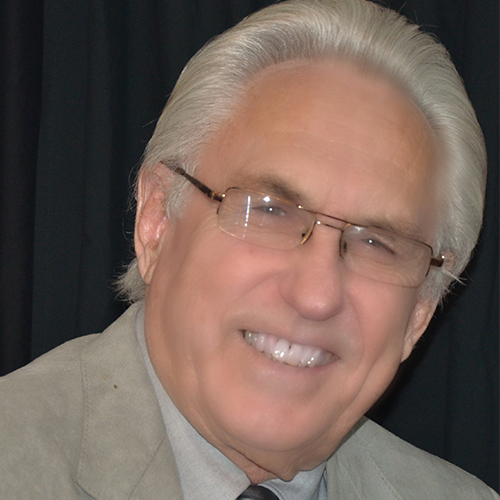 Thank God for His Keeping Power

While many are able to share a beautiful testimony of a dramatic conversion from a hard life of sin to a daily walk with Jesus, Charles Massegee humbly thanks God for His keeping power. A power that raised Charles in a loving family that has long been devoted to Christ and the ministry. “Massegee” in Welsh means, “messenger,” and the Massegees have been God’s messengers from the pulpit around the world for generations. Charles’ grandfather and father were evangelists and also were pastors of Southern Baptist Churches for over 140 years combined, both preaching until they were almost 90 years old.

Charles gave his life to Christ when he was only nine years old in his father’s church. At the age of eighteen, he answers God’s call to preach the gospel of Christ. That same year he was licensed by the Second Baptist Church and ordained to the ministry at the New Hope Baptist Church in Ranger, Texas. He helped organize the Eastside Baptist Church in Ranger at the age of nineteen and was their first pastor. Because of football stardom and hundreds of invitations to preach revival meetings, he entered full-time vocational evangelism. He completed his education at Hardin Simmons University in Abilene, Texas and Southwestern Baptist Theological Seminary in Fort Worth, Texas. Since then he has averaged over 30 revival crusades a year. Charles was elected President for an unprecedented three terms of the National Conference of Southern Baptist Evangelists. He was also elected three terms as President of the Conference of Texas Baptist Evangelists.  He and his wife, Beverly, received the prestigious Roy Fish Lifetime Achievement Award from the Southern Baptist of Texas Convention in 2014. As an evangelist, he is endorsed by the Southern Baptist Convention and by the North American Mission Board in 2000.

In recognition of his contribution to worldwide evangelism, he has been awarded two Doctor Degrees. Charles and his family are active members of the Highland Terrace Baptist Church in Greenville, Texas where Chet Haney is pastor. While Charles is an independent Southern Baptist Evangelist, he goes where he is invited, conducting crusades, and Bible Conferences in churches of all faiths. His purpose is to invade every church, every home, and every prison with the Gospel of Christ and plant the banner of God’s endless love in every heart. His objective is very simple—to help people in all walks of life and beliefs, discover Jesus Christ as their personal Lord and Savior, and find a personal relationship with God through Him. Charles is more determined than ever to make conquest and storm the enemies’ territory with the message of God’s power and matchless love.

In the midst of all the gloom and despair, that so dominates our society, there is a sure source of hope. There is an answer! Charles speaks to these issues with a candid, straightforward approach, offering positive solutions for this troubled generation. Indeed, Jesus is the Answer!